Increase in a Pigmentation on the iris (TA of the liver)

New Stain in the Topographic Area of the liver04 March 2016Next

Importance of the angle of light when observing the iris01 August 2017
Increase in a Pigmentation on the iris (TA of the liver)
1 August, 2017in Changes in iridian signs 1 Likes 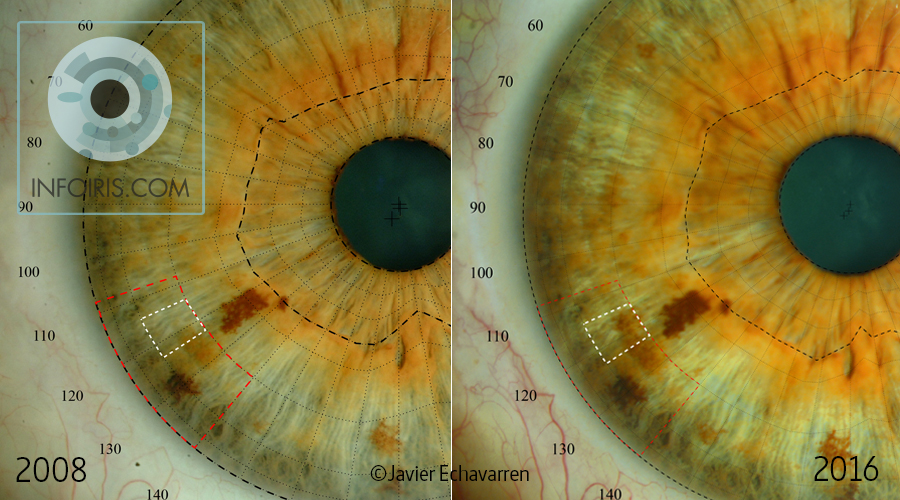 Here we have a new case of Practical Iridology. This is a sequence of two photographs of the right iris from 2008 and 2016 where we can very evidently see the “increase in a Pigmentation” or “Stain” sign in the Topographic Area (TA) of the liver. This is a 56-year-old man.
You can see the area corresponding to the TA of the liver outlined in red. The majority of the alterations manifest themselves between 108º and 140º on crowns no. 6, 7 and 8 (as we have drawn it), but they sometimes encompass crown no. 5. Within this surface area you can observe several Pigmentations with different colouration. Although they are centred between 120º and 133º, I wanted to mark in white the zone where the most significant change is produced. Initially, one the stroma of the iris is noted, and subsequently, the iris tissue is covered by the growth of the closest Pigmentation.
When it comes to assessing the live, we should also take into account the other iris alterations that there are in this TA. The slight colour increase in the rest of the zone and the “Cloudiness of the stroma” is an important factor to take into account. 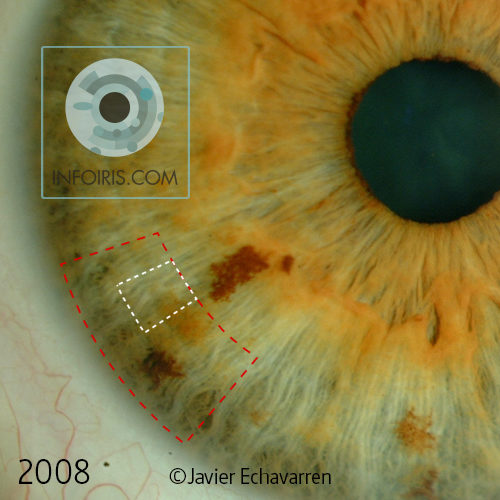 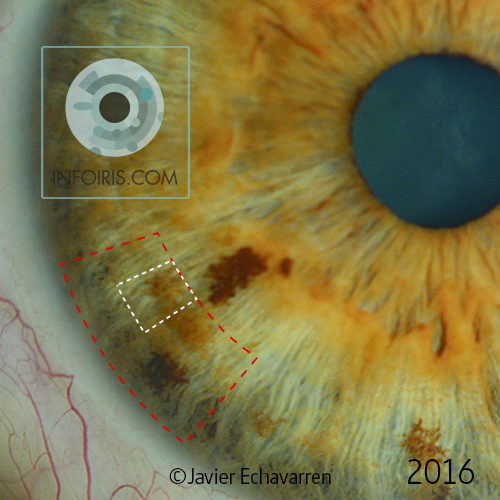 This case is very illustrative of alterations in different parts of the iris. If you are interested in taking a deeper look at this case, you can do so in our “Premium Zone”.

Other articles related to the liver:
– New Stain in the Topographic Zone of the liver.