The iris changes over the years (II)

The iris changes over the years (I)24 December 2019Next

The Multiple Reflex phenomenon23 April 2021
The iris changes over the years (II)
31 March, 2020in Changes in iridian signs 0 Likes

In this second article on the topic “The iris undergoes changes over the years” I will perform two types of exercises.

In the second part of the article, we will observe two photographs of the same area taken consecutively in 2016 using a different light angle, so that the perception of relief and details of the iris surface are seen with different characteristics. This example serves to differentiate between changes in the iris over time and changes in the perception of the characteristics of the iris, which is not the same.

This explains the importance of applying the same light conditions and the same camera setup features in order to perform a reliable comparison exercise. Although this is not easy to achieve, I indicate this because I find it ridiculous when I find cases of comparisons of irises with clearly different light sources.

Comparison of two photographs of a right iris between 2006 and 2016. 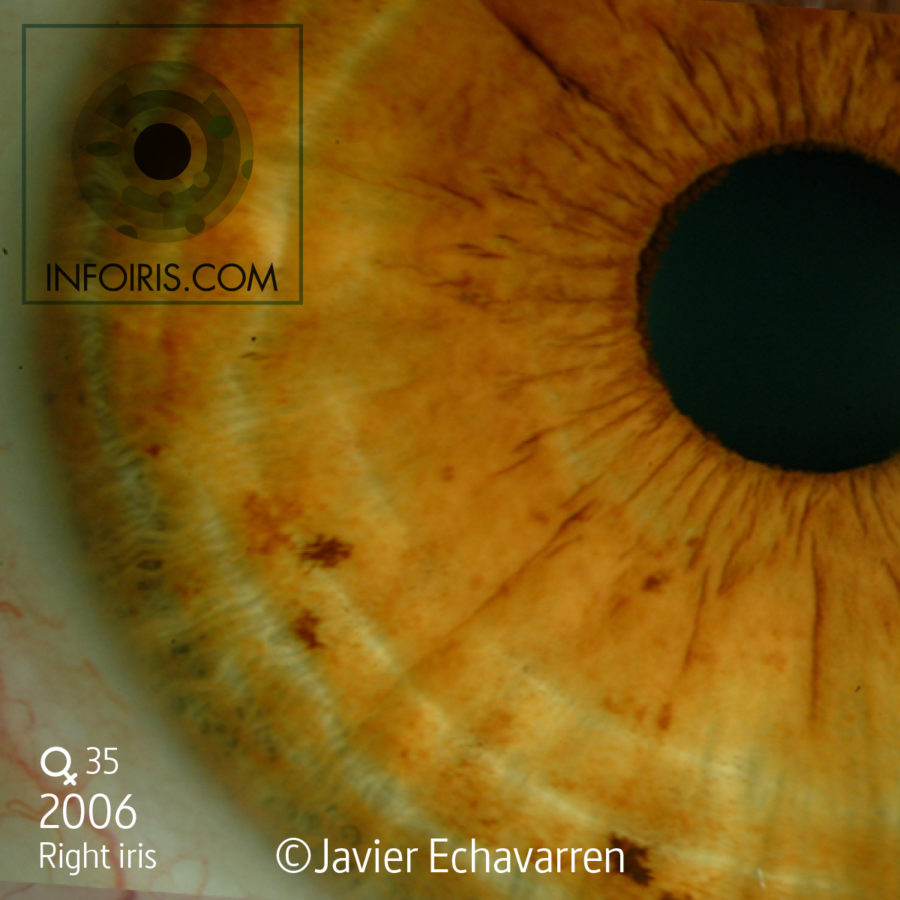 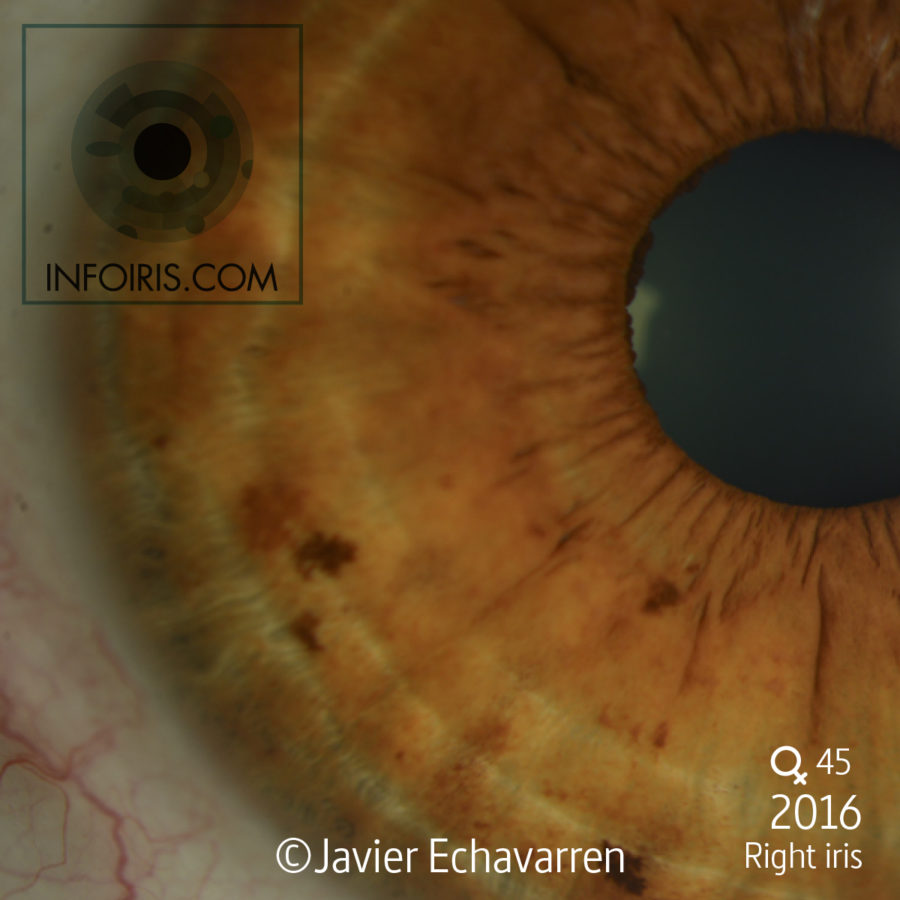 We begin the first part by comparing these two photographs of a woman aged 35 in 2006 and 45 in 2016. First, recognize that part of the appreciation of a darker brown color is due to the setting conditions of the camera and the light. However, a close observation of each part of the iris surface shows differences in an increase in Pigmentation and Color Tone. Especially in the details of the Nerve Rings or Concentric Circles. For those who find it more difficult to perceive this fact, another of the details that demonstrates these changes is the formation of a group of Pigmentation, which causes an increase in brown (darker) color in the area between 124º and 130º in the Coronas No. 7 and 8 (inside the box marked in blue in the image below).

For professionals, in the 2016 photograph, this increase in color masks a small Transverse located between 119º and 127º in Coronas 6, 7 and 8, which can only be seen in the area located in Coronas nº 6 and 7. The Transversal is seen complete in the 2006 photograph.

In the header image of this article I have boxed in white a part of the Topographic Area (TA) of the liver where a more significant change is evident. An increase in Pigmentation is seen in the two spots that appear, causing an increase in their size. This fact informs us of an accentuation of the hepatic alteration. In this article I highlight the most obvious, but those with a more advanced level can spend more time observing the rest of the changes that are manifested in the entire surface of the hepatic TA, including the Transverse, since we should not reduce our assessment only to the interpretation of the increase of these two Stains solely for the fact of highlighting more. 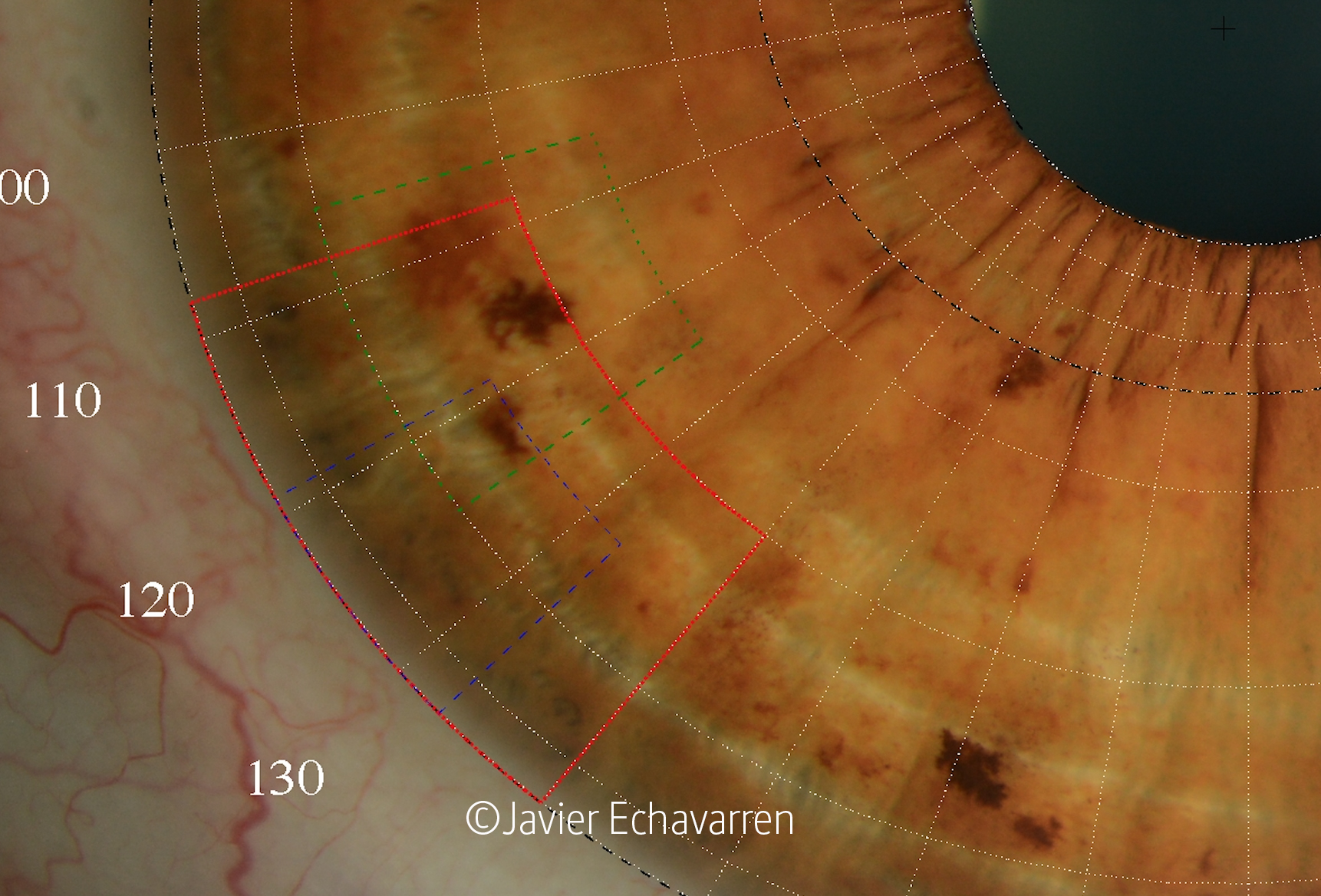 In this second part we are going to appreciate the difference of two photographs taken consecutively in 2016 whose only difference is the change in the light angle. The first of the 2016 photographs has been used in the previous comparison. This was done with a light source with a lateral angle of 25º, while the second photograph, taken seconds later, has a lateral angle of 55º. Being flat photographs, in the second it gives us the feeling of being in three dimensions due to the fact that the light at that angle highlights the details of the relief.

Therefore, in this last comparative exercise, the only variation between the two photos is the angle of incidence of the light, since the intensity of the light and the aperture of the camera have not varied between the two images. As we can see we lose luminosity, but we gain the appreciation of the relief. 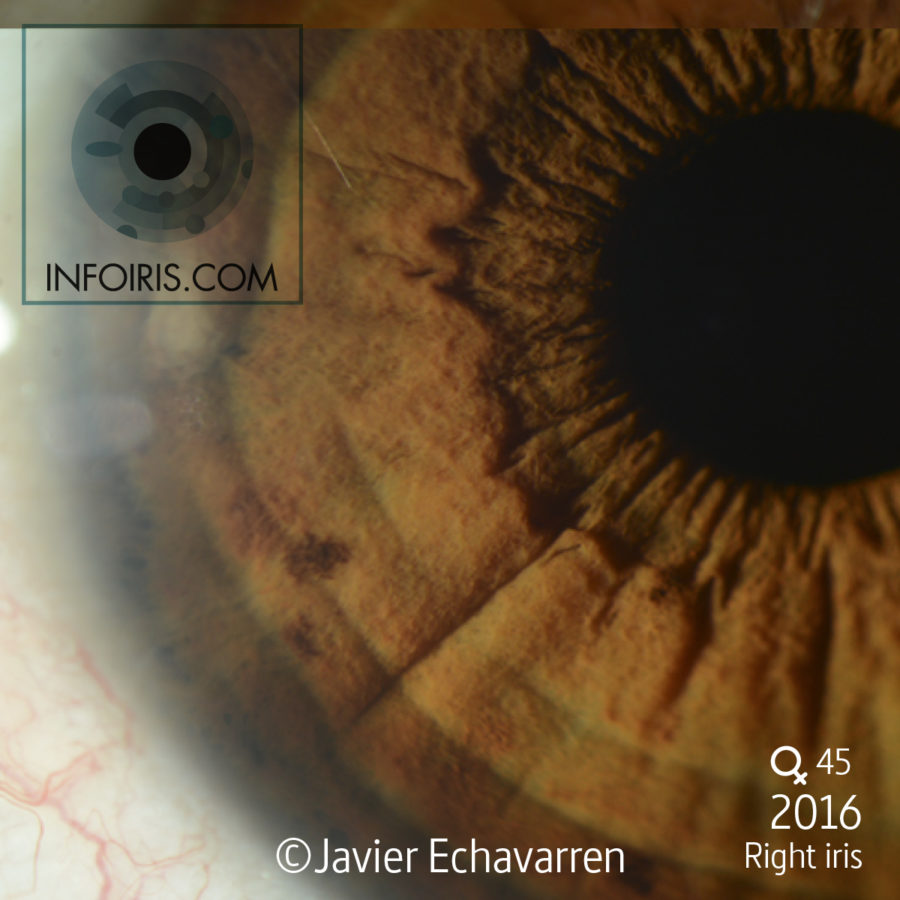 The following links and images correspond to several videos related to this article shown on my Instagram account. 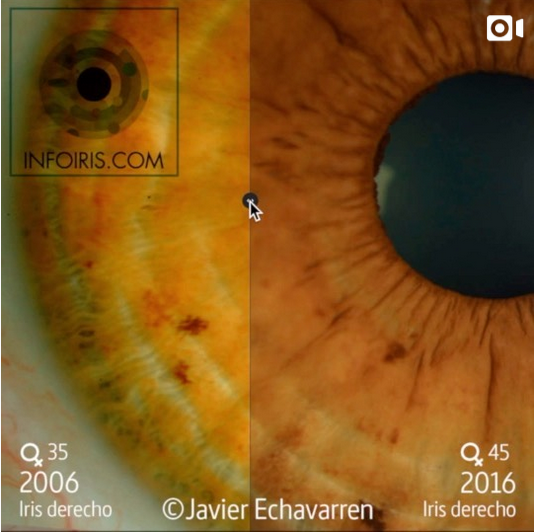 First video showing the 10-year change. The timeline is moved allowing the 2006 full image to be viewed first to continue viewing the 2016 photo overlay. 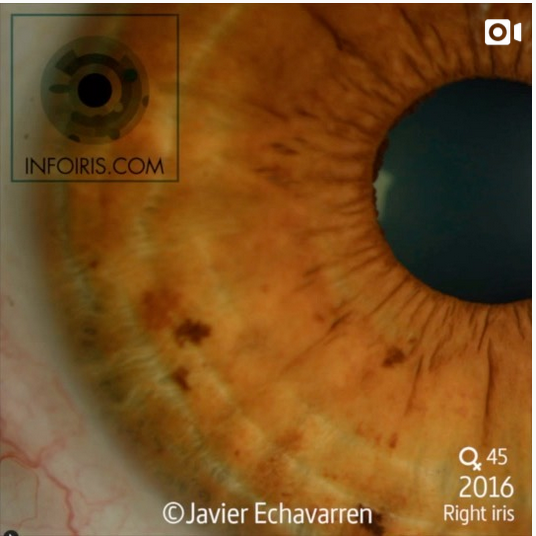 Second video. Corresponds to the application of the parallax effect to the second example. When moving the line we see the difference between appreciating the relief of the iris or seeing it frontally. 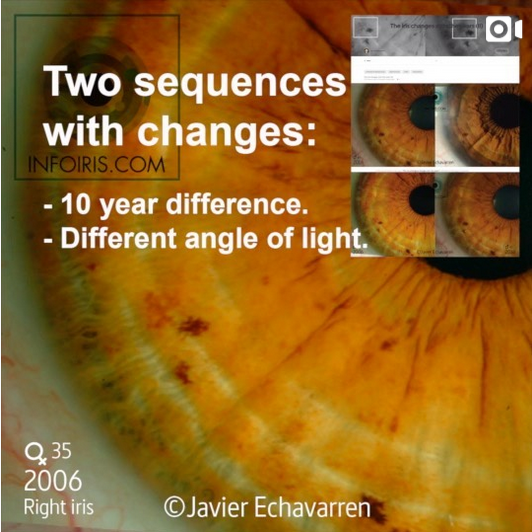 Third video: Shows the two previous sequences in a row. It allows us to see in a visualization the change of 10 years and then the difference by changing the angle of light.

Another related article: The iris undergoes changes over the years.

div#stuning-header .dfd-stuning-header-bg-container {background-image: url(https://infoiris.com/wp-content/uploads/2020/03/Dest-1800x-11501-grises.jpg);background-size: initial;background-position: center center;background-attachment: initial;background-repeat: no-repeat;}#stuning-header div.page-title-inner {min-height: 500px;}
We use cookies on our website to give you the most relevant experience by remembering your preferences and repeat visits. By clicking “Accept All”, you consent to the use of ALL the cookies. However, you may visit "Cookie Settings" to provide a controlled consent.
Cookie SettingsAccept All
Manage consent