News in Instagram May-June 201920 June 2019
Darkening of the iris color as a result of an eye drop for glaucoma
20 February, 2019in Changes in iridian signs 0 Likes 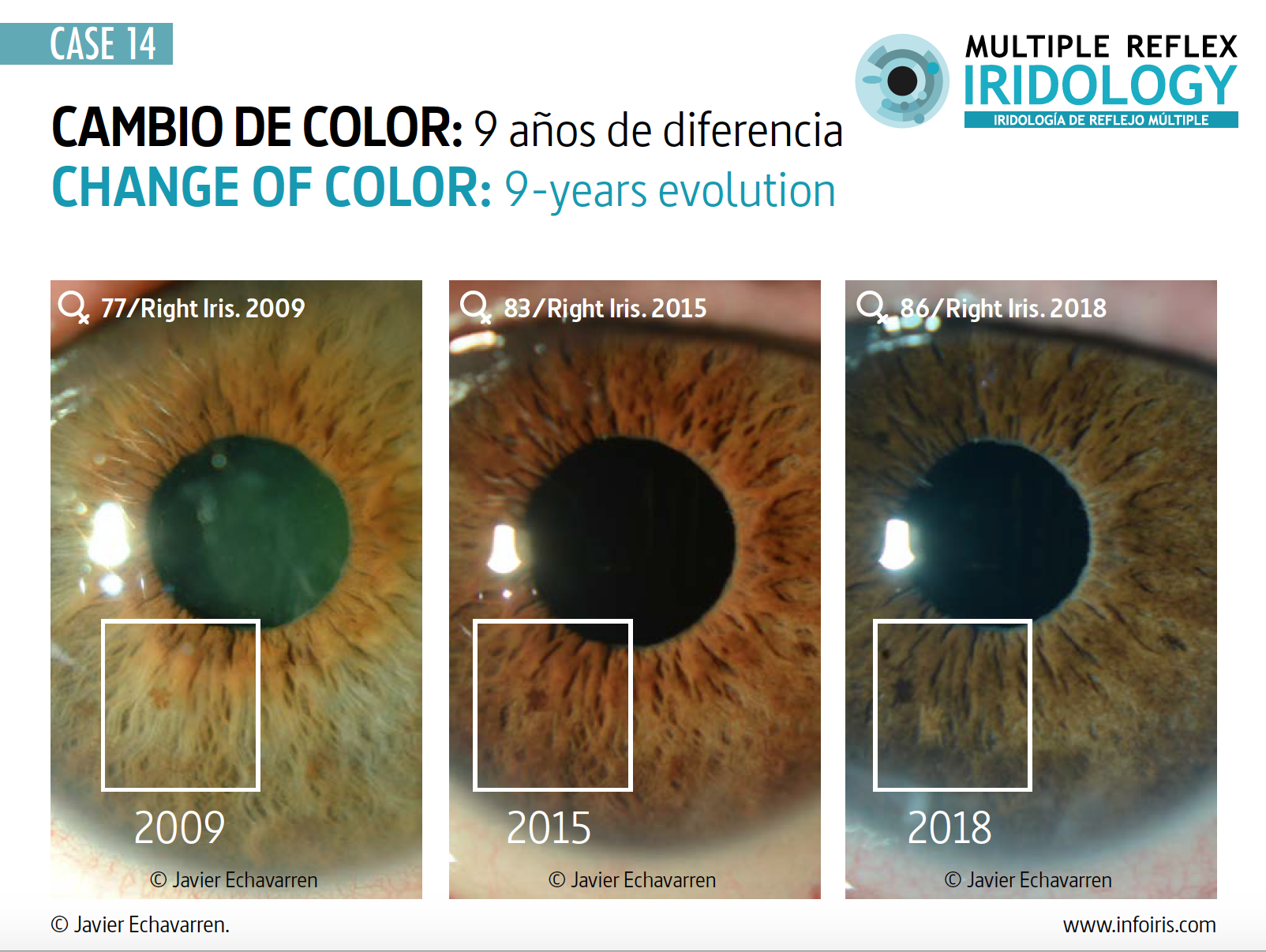 Practical case of darkening the color of the iris.

This is one of the practical cases presented at the last conference in the CISTEI of Puerto Rico.

The iris is not always altered as a result of natural causes, it can also be altered by drugs or medications. In this case showned in the conference on evidence in the change of the irises can be seen its appearance at three different times (2009 – 2015 – 2018). 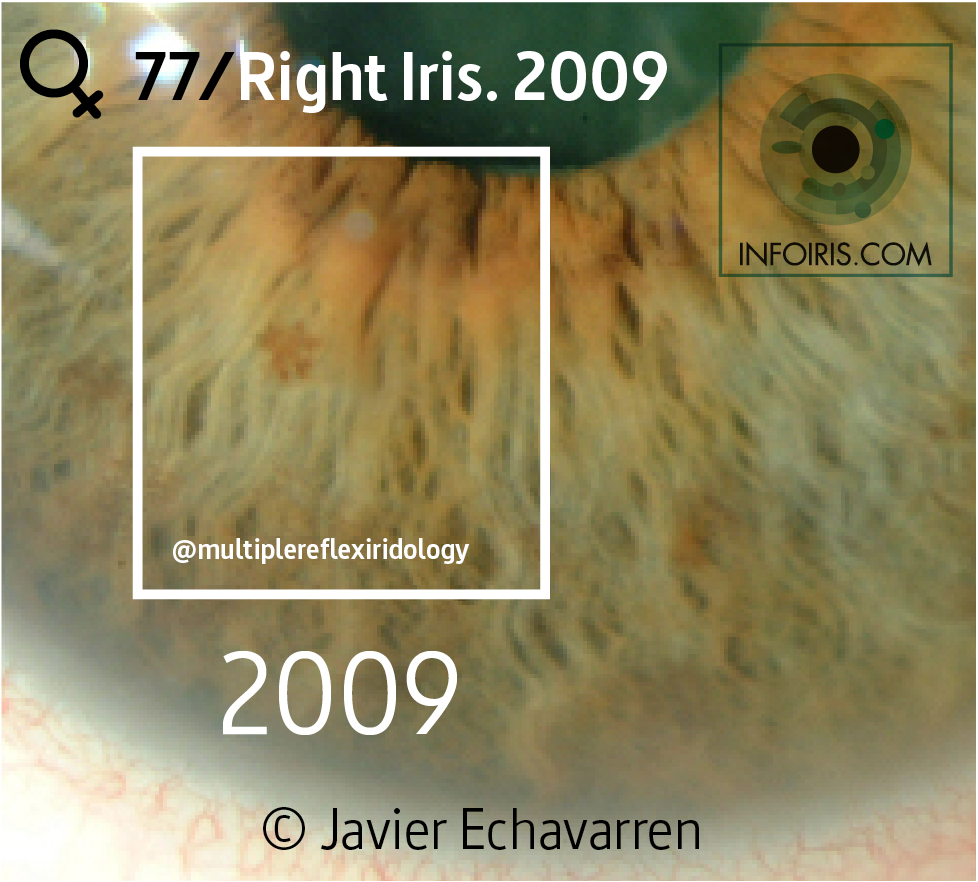 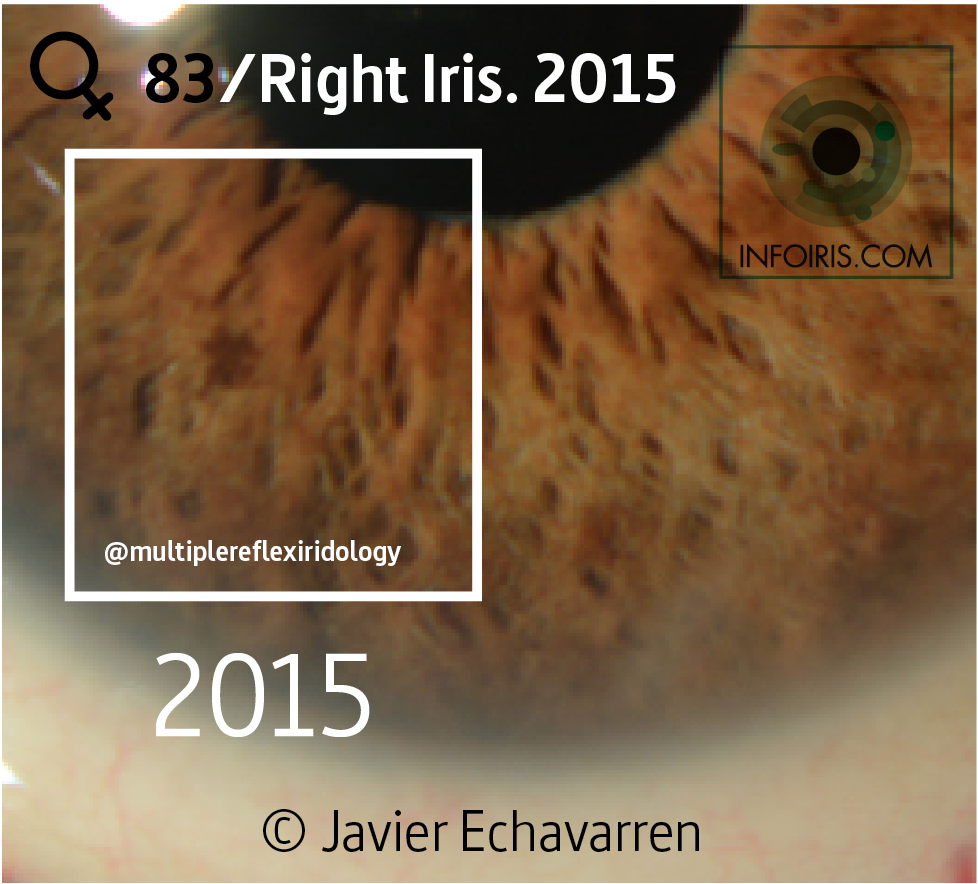 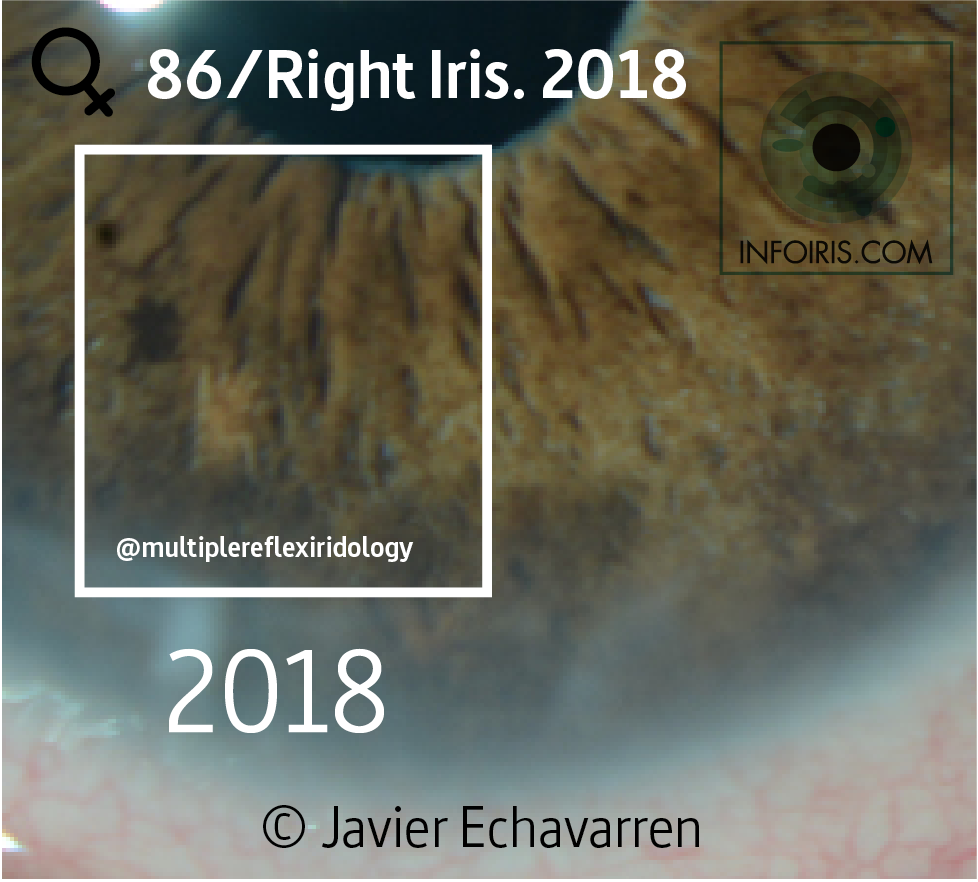 In the initial photograph of 2009, no treatment was applied yet. Six years later in the second photograph of 2015 it is very evident an increase in generalized pigmentation that shows a general darkening of the appearance of the iris. At that time, the eye drop has been applied for several years. The color change produced is quite spectacular. The whole iris has been homogenized in a brown color. We can still see difference in the color tone inside the collarette and outside of it, but if you do not have the initial photograph and if we do not know the use of eye drops we would not suspect that the iris was initially mixed.

The follow-up of this case has allowed us to have photographs after 2015. And three years later in 2018 we can continue to appreciate that the evolution of changes in the appearance and color of the iris continues to occur. The brown color acquires a darker shade. Another detail to highlight is the loss of coloration at the pupillary edge.

Then we can see the photographs of 2015 and 2018 superimposed applying a parallax effect allows us to voluntarily move a timeline by observing the details of before and after. 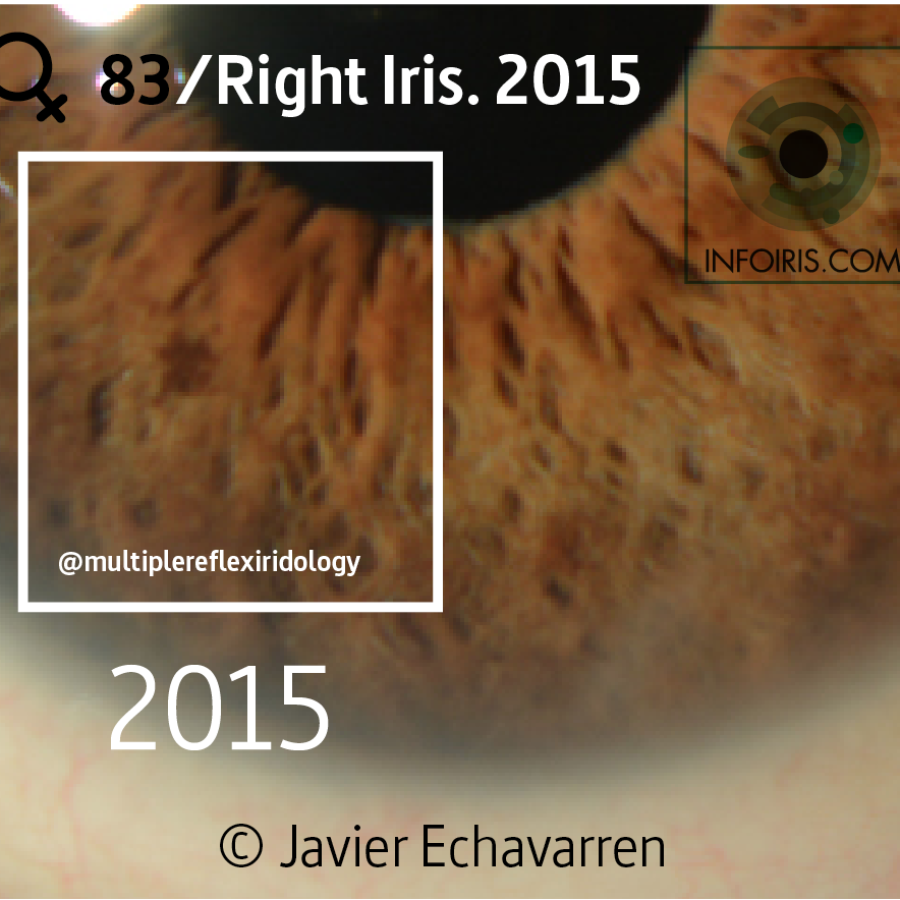 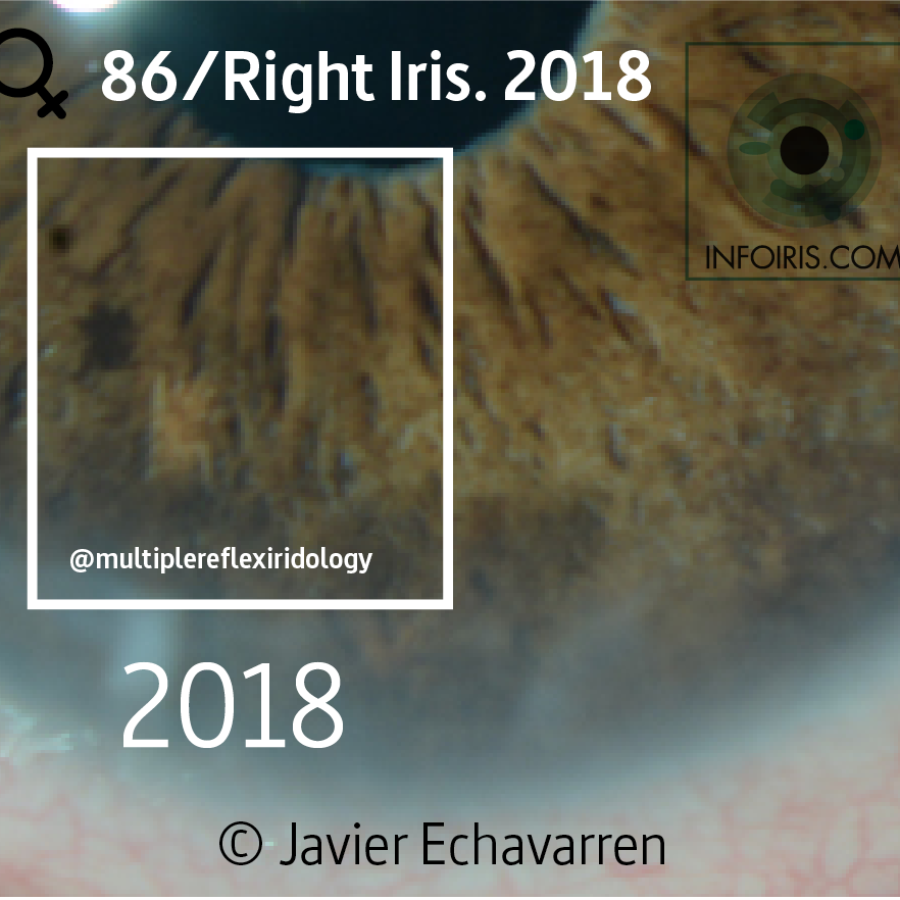 A white square has been drawn to locate a specific area with a Pigmentation or Stain so that we can notice the change in its appearance and the details that surround it. In the last photo in the lower right part of the Stain another alteration due to “loss of color” has occurred.

I think it unnecessary to mention the importance of the application of drugs that prevent retinal detachment. This article simply focuses on showing side effects that modify the appearance of the iris. Knowing these behaviors that occur on the surface of the iris are essential for a correct interpretation of the iridian signs. Not only is it important to rule out pigmentations and signs that have originated from such medication, but this situation forces us to take into account variations in the interpretation of the iridian signs.

Another example of the effects produced by an eye drop for the treatment of glaucoma “Radical change of color of the iris”.

div#stuning-header .dfd-stuning-header-bg-container {background-image: url(https://infoiris.com/wp-content/uploads/2019/02/3-imagenes-al-34.jpg);background-size: initial;background-position: center center;background-attachment: initial;background-repeat: no-repeat;}#stuning-header div.page-title-inner {min-height: 500px;}
We use cookies on our website to give you the most relevant experience by remembering your preferences and repeat visits. By clicking “Accept All”, you consent to the use of ALL the cookies. However, you may visit "Cookie Settings" to provide a controlled consent.
Cookie SettingsAccept All
Manage consent