Next conference: Evidence of changes in the human iris.05 October 2018
Video of the evolution of a Stain Sign in the Topographic Area of the liver
16 August, 2018in Changes in iridian signs 1 Likes 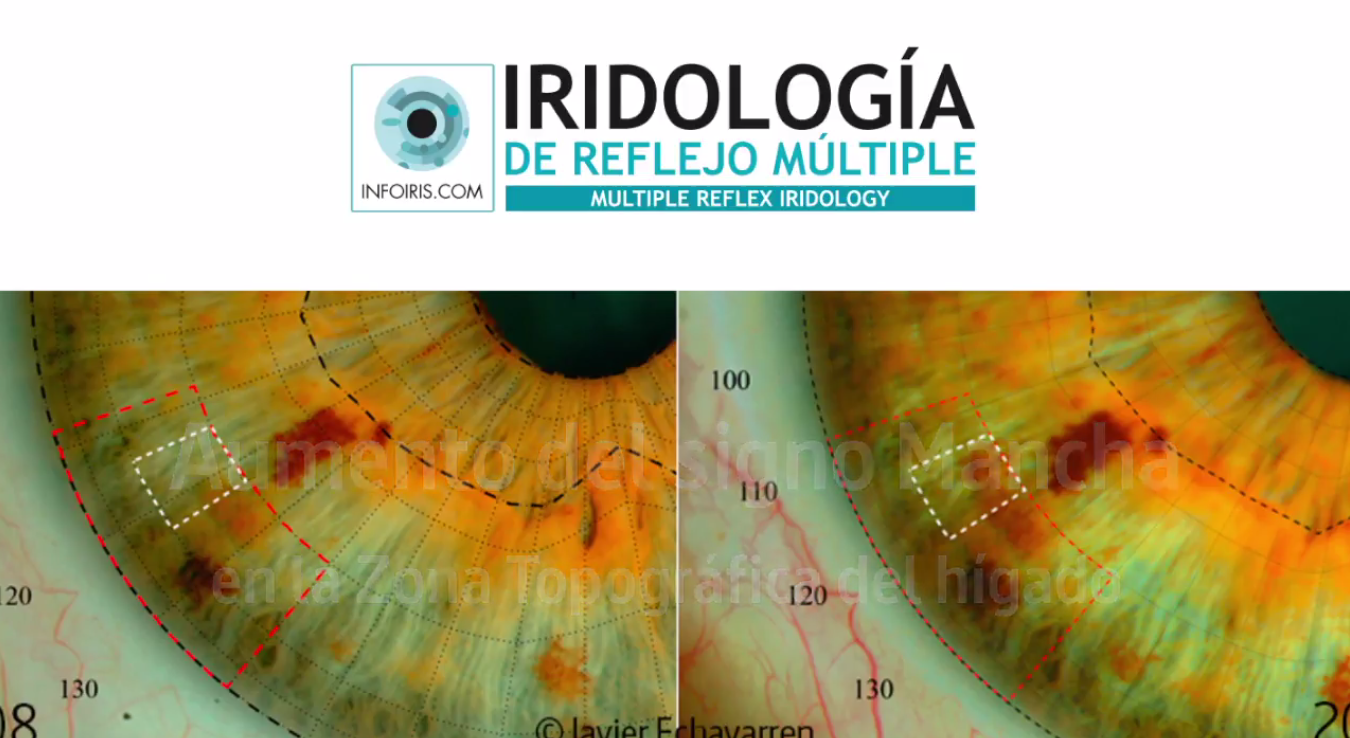 In the present article we present a video with the narration of a practical case of Iridology. It is another example of “evolution of the signs of the iris” over time. The photographs of this case have already been presented in the article “Increase in a Pigmentation on the iris (TA of the liver)”, but this time we delve into the case by presenting it in video. Following this main video there are 3 very short videos that were prepared for our Instagram channels. We will serve on this occasion to show small nuances of the case.

Photographs of the right iris of a 56-year-old man. The photographs were taken in 2008 and 2016. The ZT of the liver has been drawn in red dashed line, which is where we will observe the changes that have taken place in these 8 years of difference. The area where the change is most significant has been indicated by a white dashed line. Since the increase and growth of the “Pigmentation” is more ostentatious.

Enlarged image of the Topographic Area of the liver. Followed by the enlargement of the photo of that area in 2008 and then that of 2016.

You can find this and other videos of case studies of Multiple Reflex Iridology in our channel in  YOUTUBE.