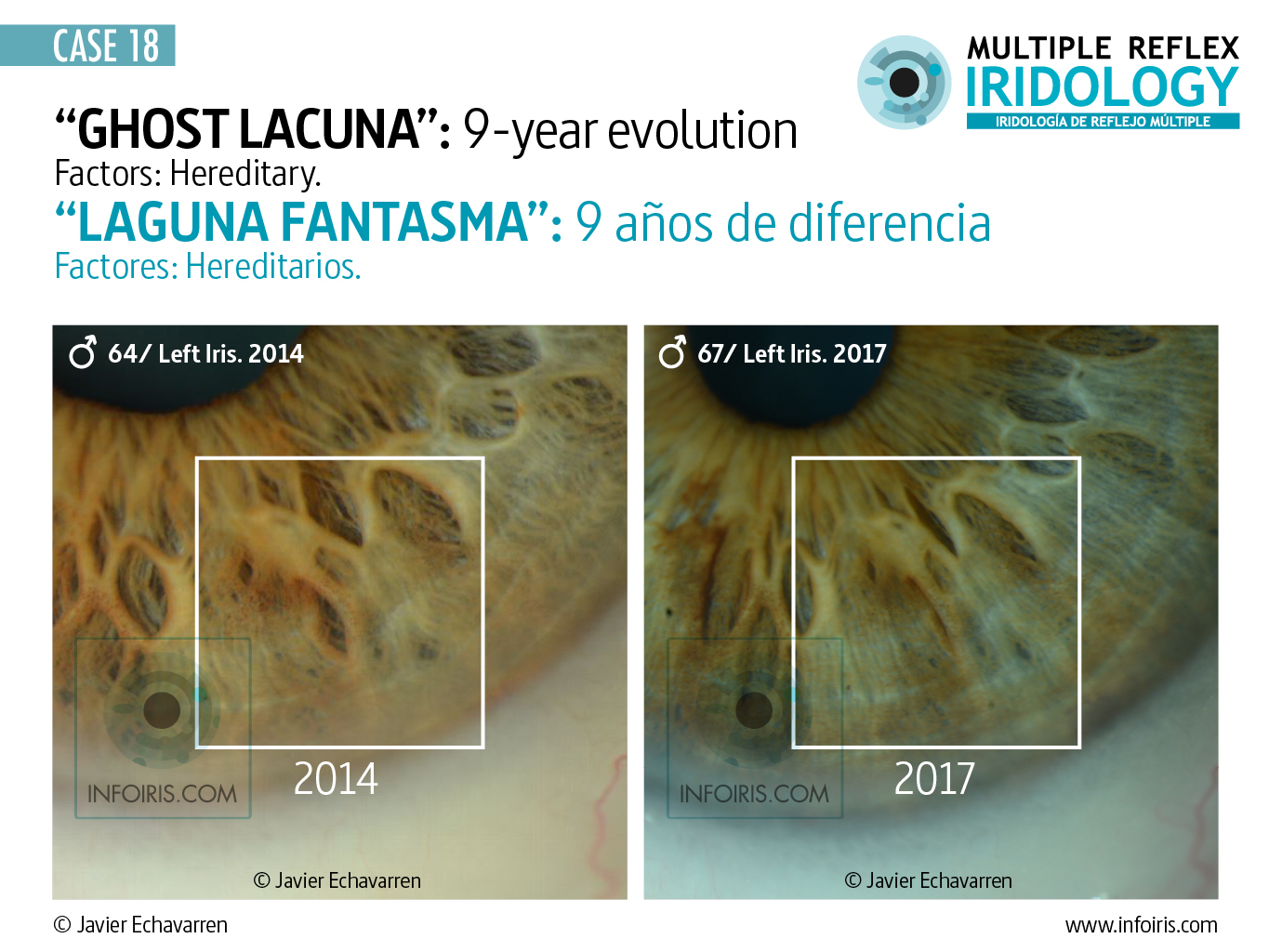 This “Post” forms part of a series of articles that provide additional information on the material outlined in the Orlando Conference: “Evolution of iris signs in Multiple Reflex Iridology”.  At the “OUR” 18th Annual International Iridology & Integrative Healthcare Congress.

This case is so strange, so in addition to adding some extra photographs, I am going to show the slides used at the conference in order to facilitate comprehension.

The phenomenon of pupil dilation causes a change in how the signs on the surface of the iris are perceived. The appearance changes according to the level of dilation. This can be noted in the article “Pupil dilation” that I previously published.

The Lacuna sign is one of those whose appearance changes because its shape varies. The point is that I have never found a case where extreme pupil dilation caused by eye drops has resulted in an opening between two filaments of the iris stroma. In fact, I have a series of photographs of this person showing that prior to the pupil dilation, there was already a kind of groove or strip that could be noted or that disappeared according to the pupil dilation.

The case in question, is that depending on the time when this person is observed, we can see it open as if it were a narrow Lacuna and at other times it does not exist. Or we only see a line because its outer right edge has some Pigmentation.

The reason for this article is not to coin the concept of “Ghost lacuna”, but rather to show the phenomenon of something that takes place, in order to take it into account if this is suspected in other cases that we may come across.

Personally, I find the meaning of this specific case, regardless of how we wish to call this iridian sign, to be that there has been an opening with a relief and Pigmentation on a side, which indicates chronicity and a very significant weakness in that area. Specifically, in Multiple Reflex Iridology we associate it with the Topographic Area of the duodenum. 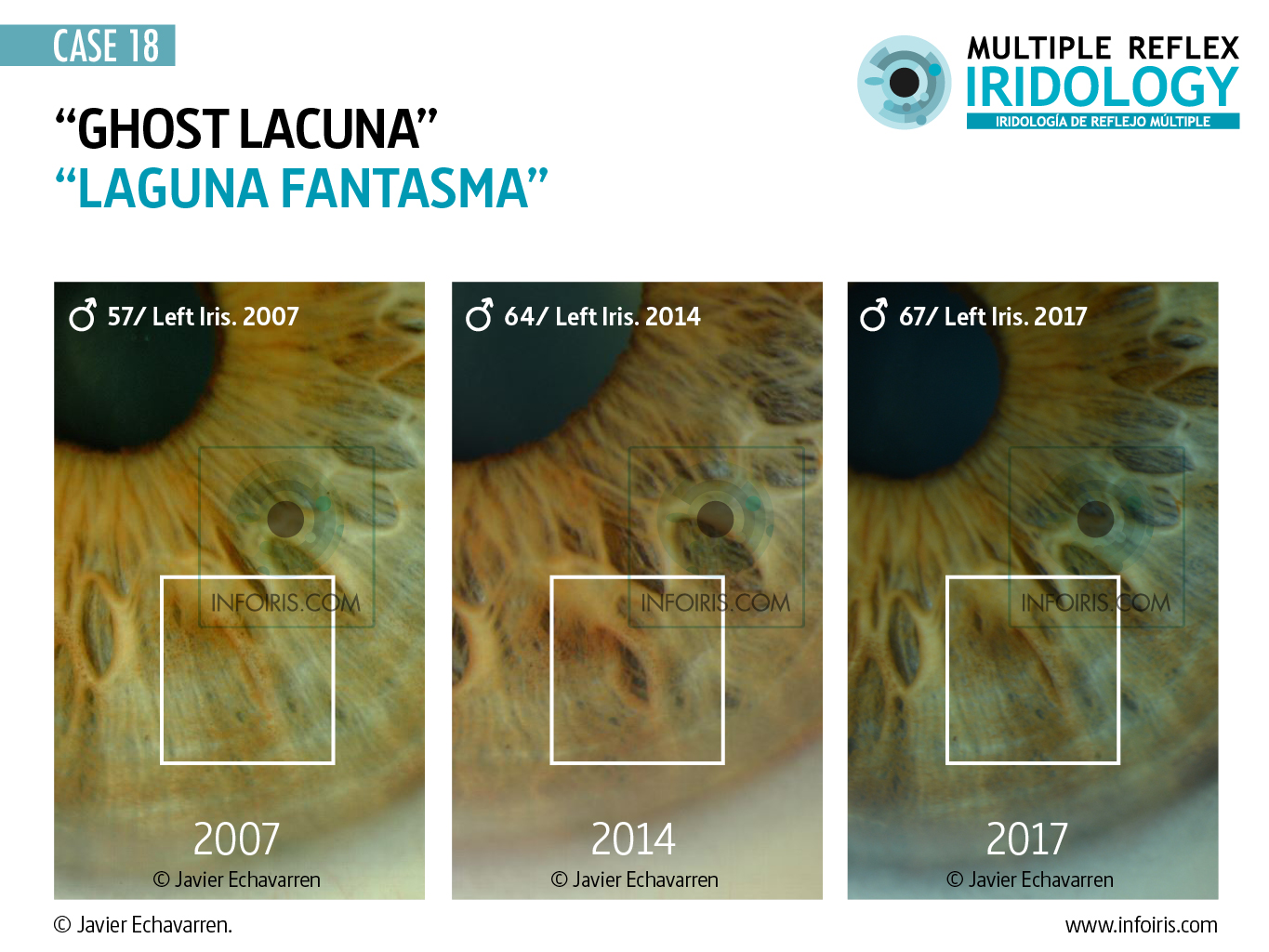 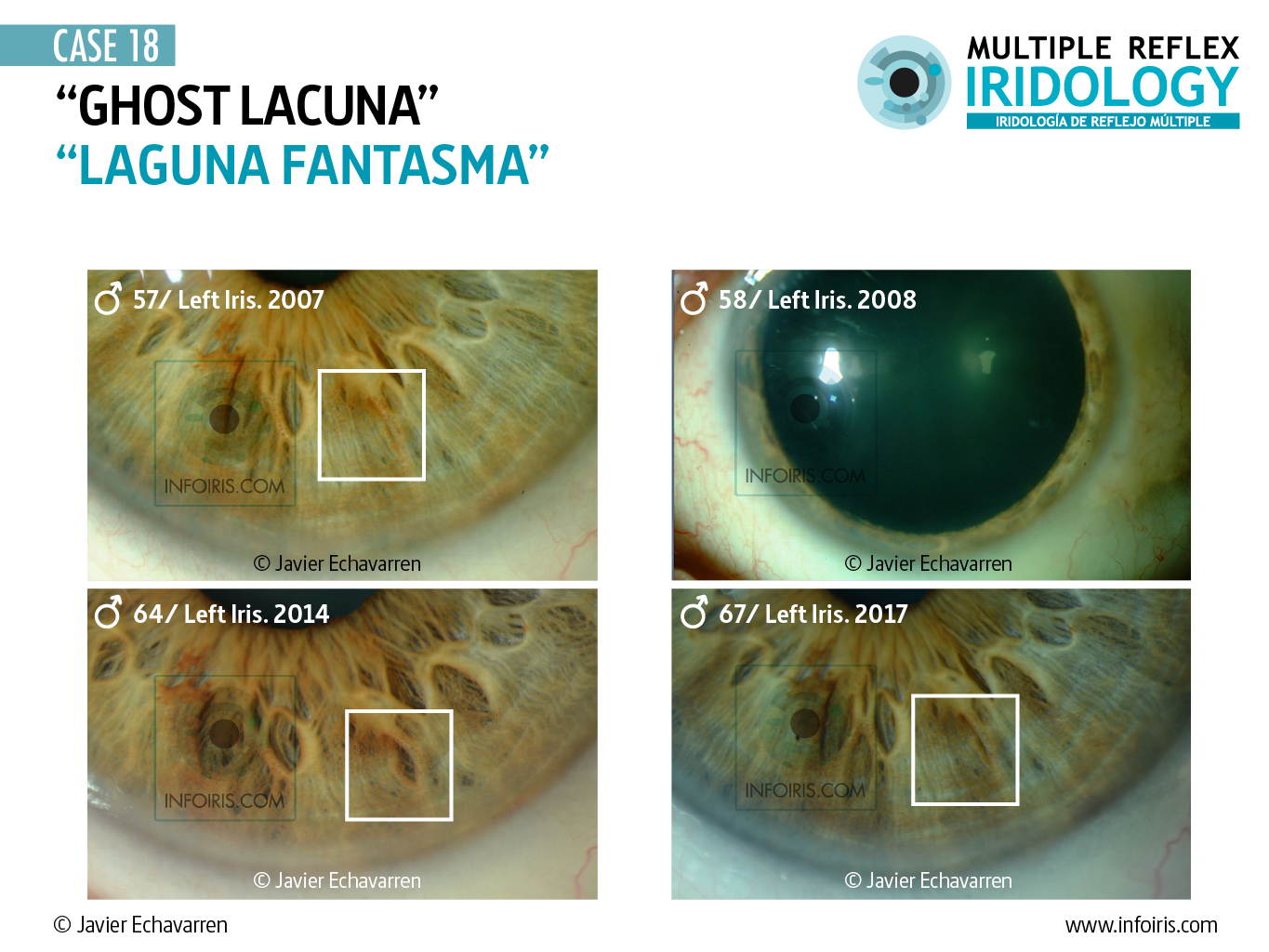