Another example of the evolution of iris signs11 February 2018
Additional Information on Case 8. Hereditary signs
21 October, 2017in Changes in iridian signs 0 Likes 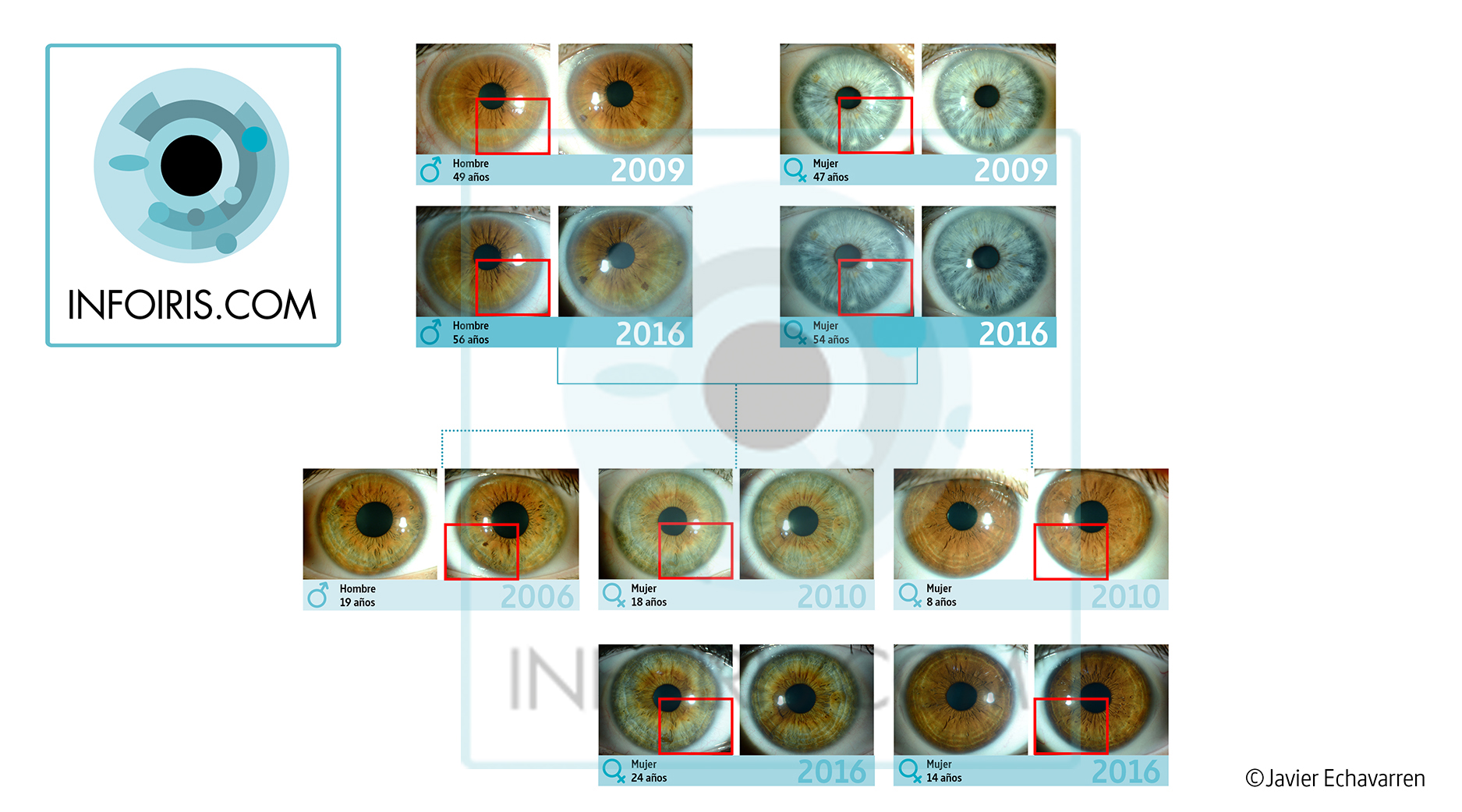 This “Post” forms part of a series of articles that provide additional information on the material outlined in the Orlando Conference: “Evolution of Iris Signs in Multiple Reflex Iridology”.  At the “OUR” 18th Annual International Iridology & Integrative Healthcare Congress.

At the conference we saw how in Case no.8 (a 56-year-old man) Pigmentation has disappeared in the Topographic Area (TA) of the throat. This is all thanks to a change in lifestyle habits and looking after himself. In contrast, in this article I want to show the opposing phenomenon, which is the most typical. Namely, where a new Stain has formed in a zone of the iris where previously there was no Stain. Specifically, in this case on the TA of the throat. This father has 3 children. An older son and two daughters. For the middle child, I have shown photos of how the right iris in 2010 did not show any Stain signs and how in 2016 a Pigmentation has formed.

For the younger daughter I have photos from 2010 when a Stain is beginning to become visible. And in 2016 the intensity of the Pigmentation has increased and the Stain can be seen in detail. In this case in the left iris.

For the oldest child we do not have older photos in order to compare, but we can see that there is already a larger and darker Stain on the same TA of the throat on the left iris.

The reason why the three children have developed signs in this TA is because in addition to the heredity of their father, we need to bear in mind that they have also inherited that weakness from their mother. And for his reason, they had a greater chance of it appearing. Below we can see the enlargement of the right iris of the mother, where we can note a different colour to the rest of the iris due to the presence of Pigmentation.

Enlargement of the photographs of the right iris of the father. 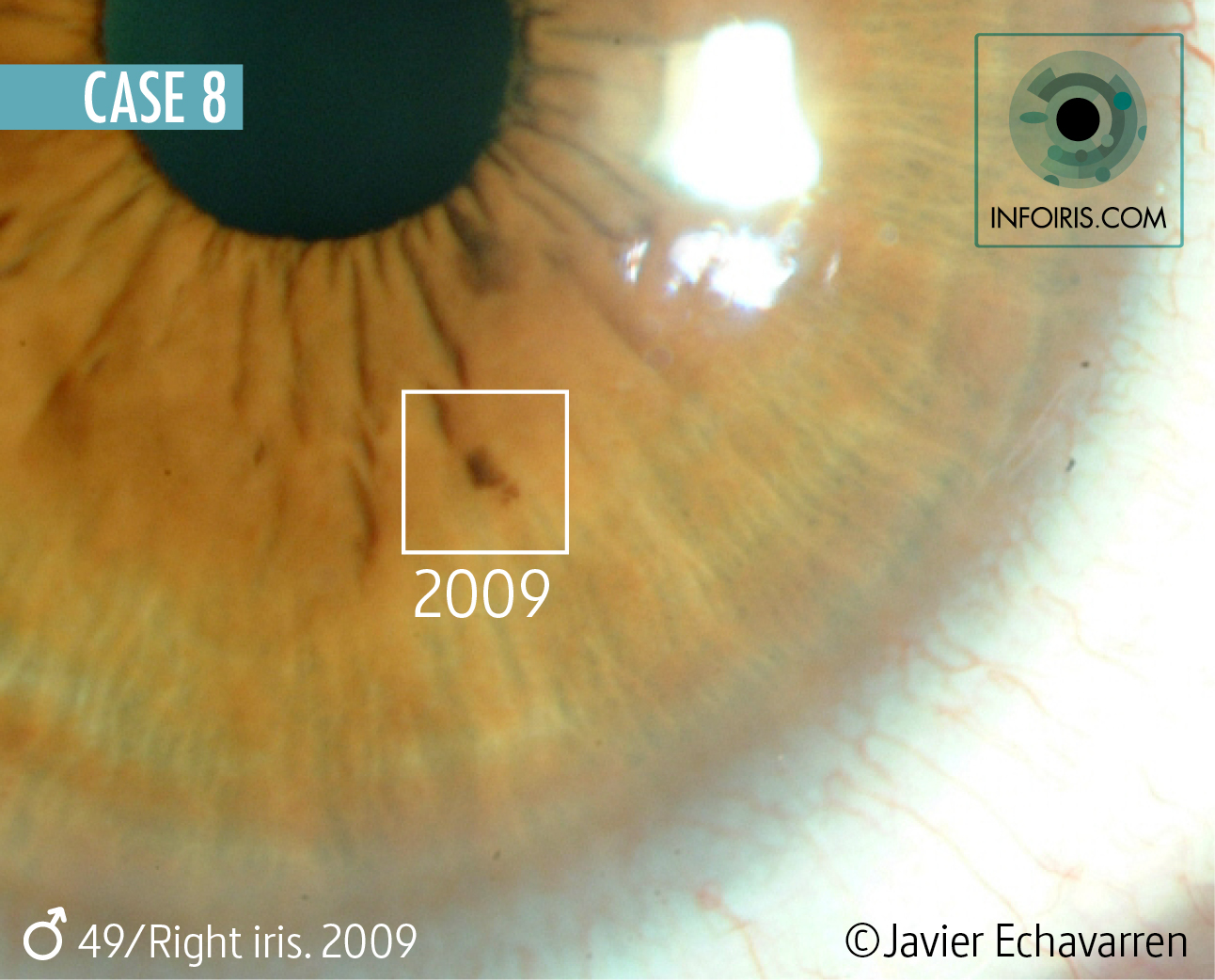 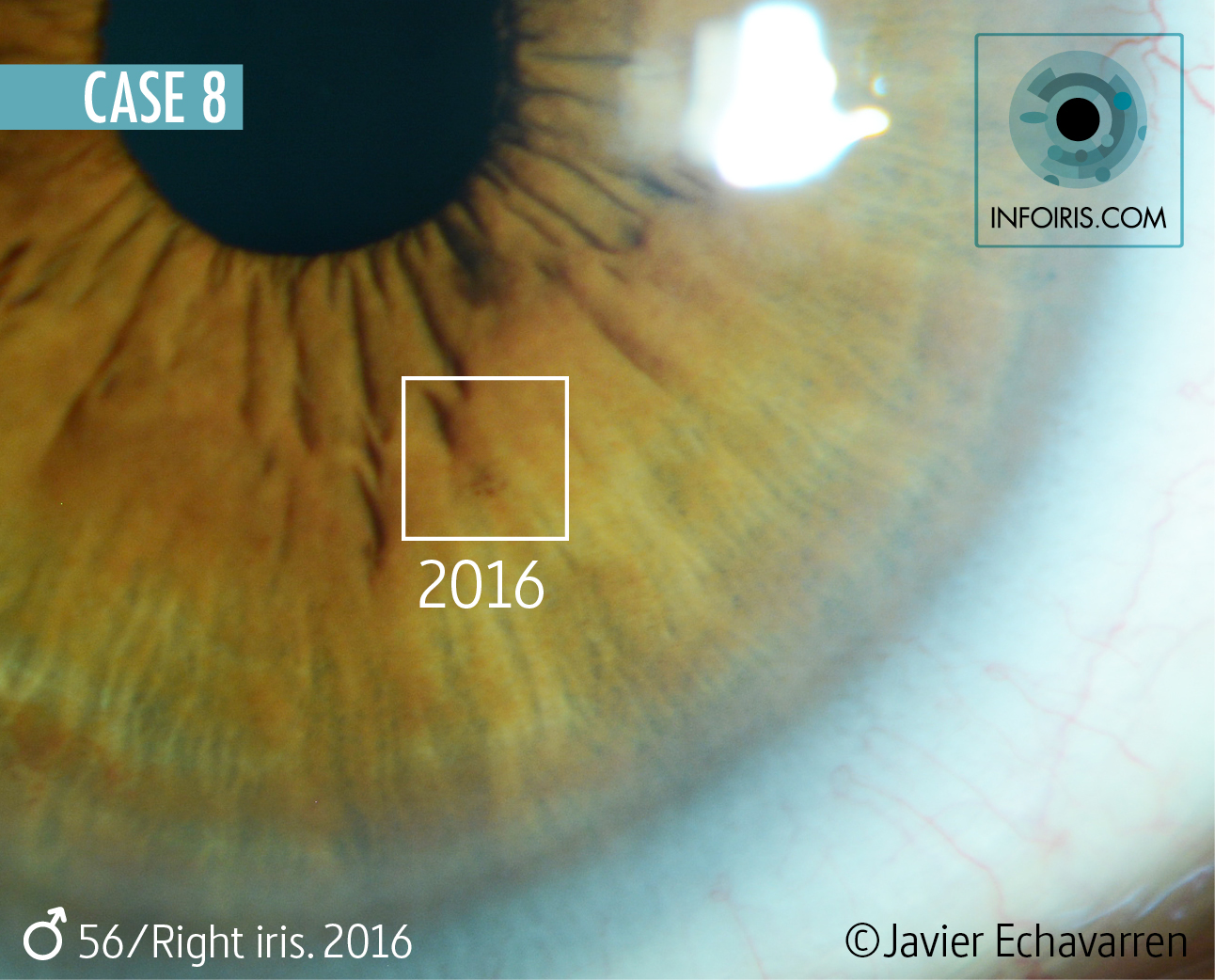 Photographs of the right iris of the average daughter in 2010 and 2016. In the conference corresponds with Case no.17. 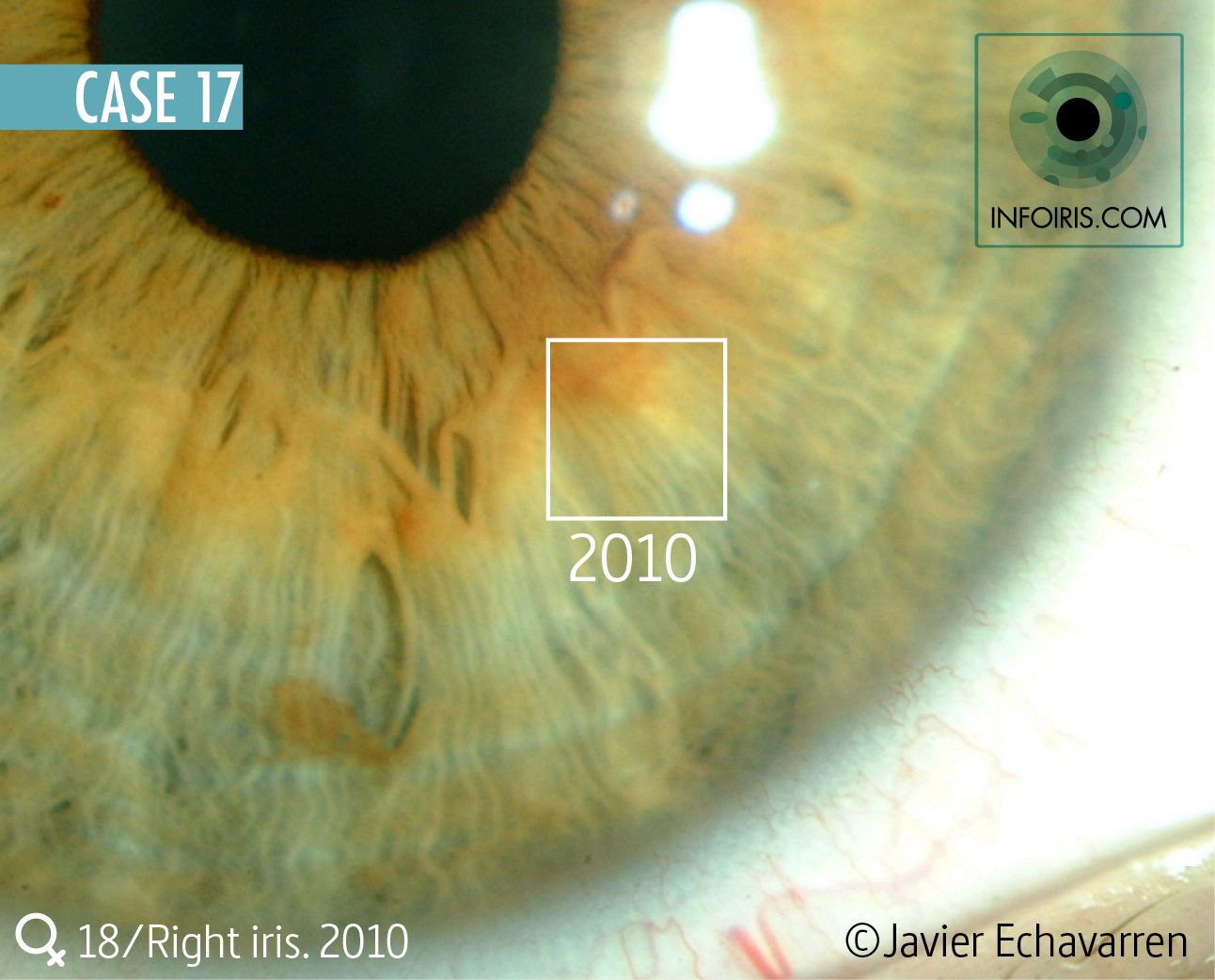 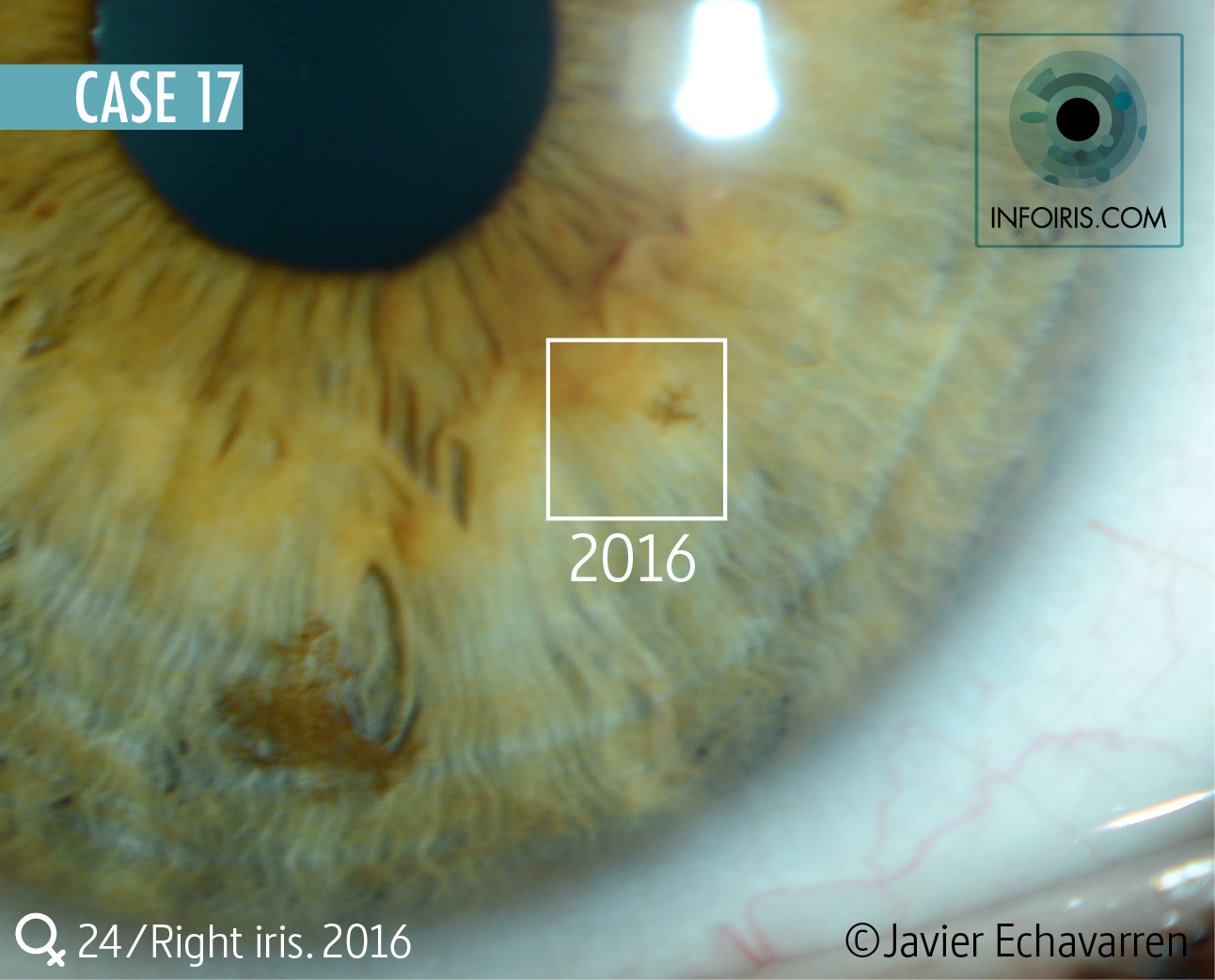 Photographs of the youngest daughter. Enlargements of the left iris in 2010 and 2016. 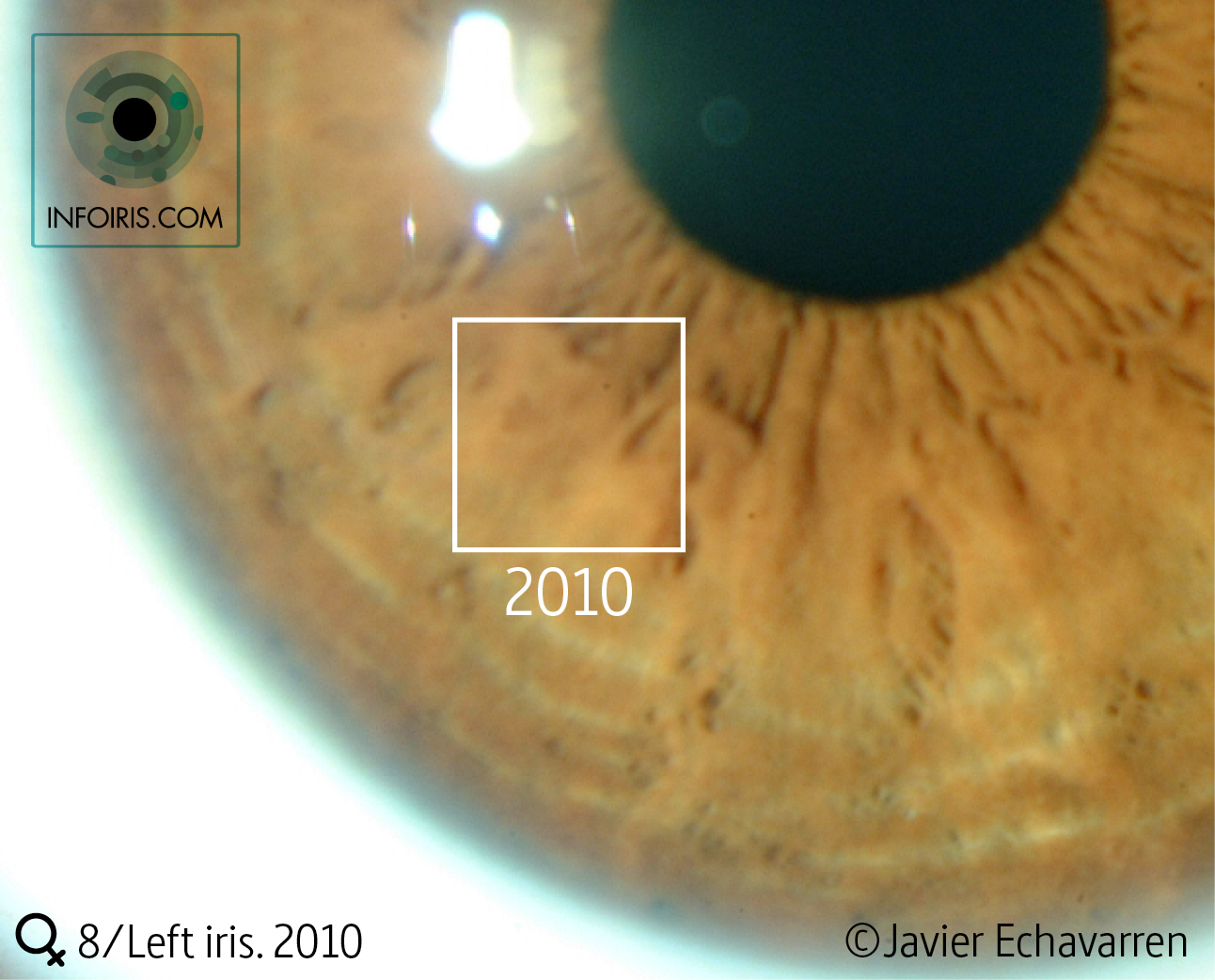 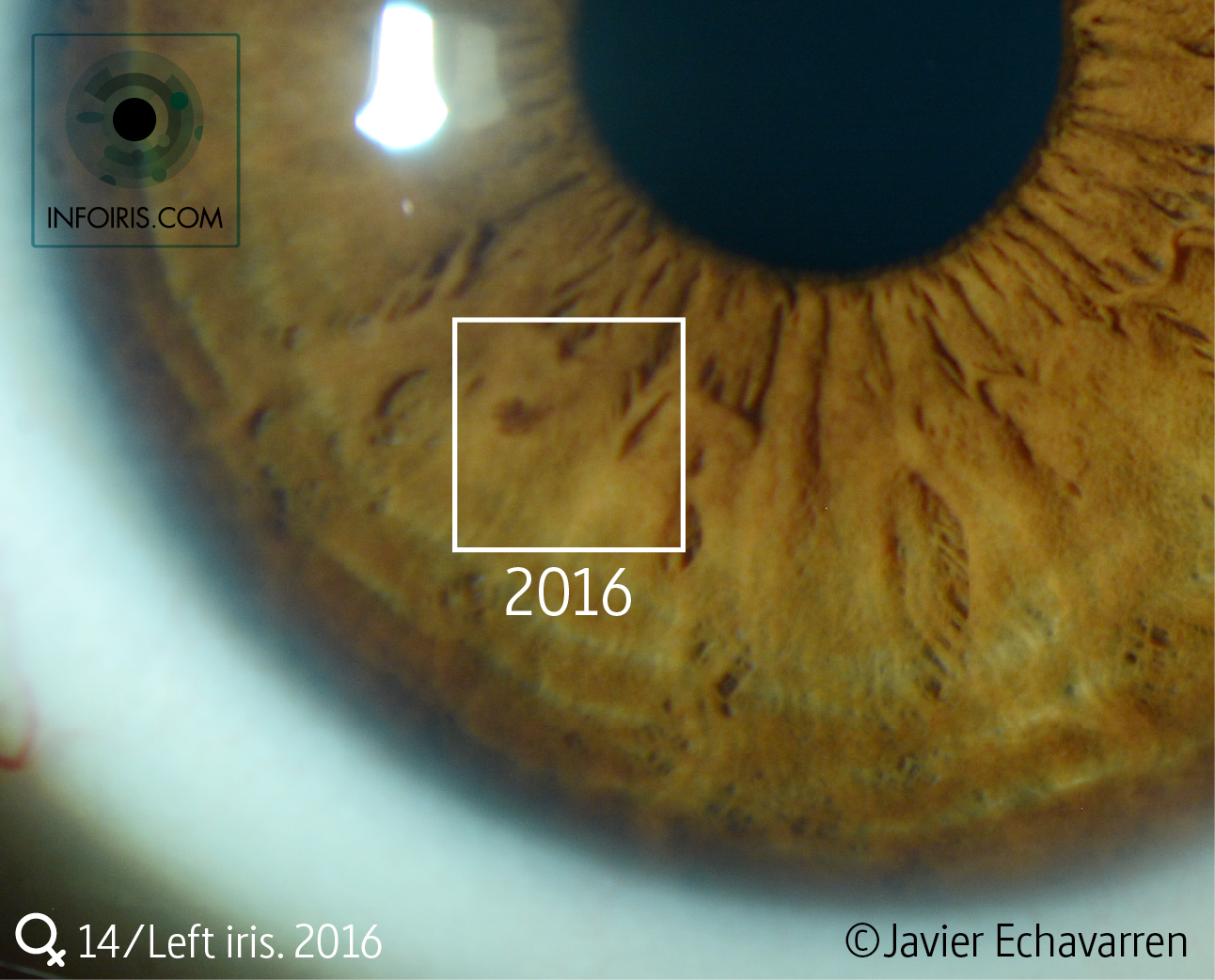 Enlargement of the son’s left iris in 2006. In his case, we do not have images of the transition. When we started taking the photographs, he had already developed the Spot in the TA of the throat. To the right the right mother iris in 2009. 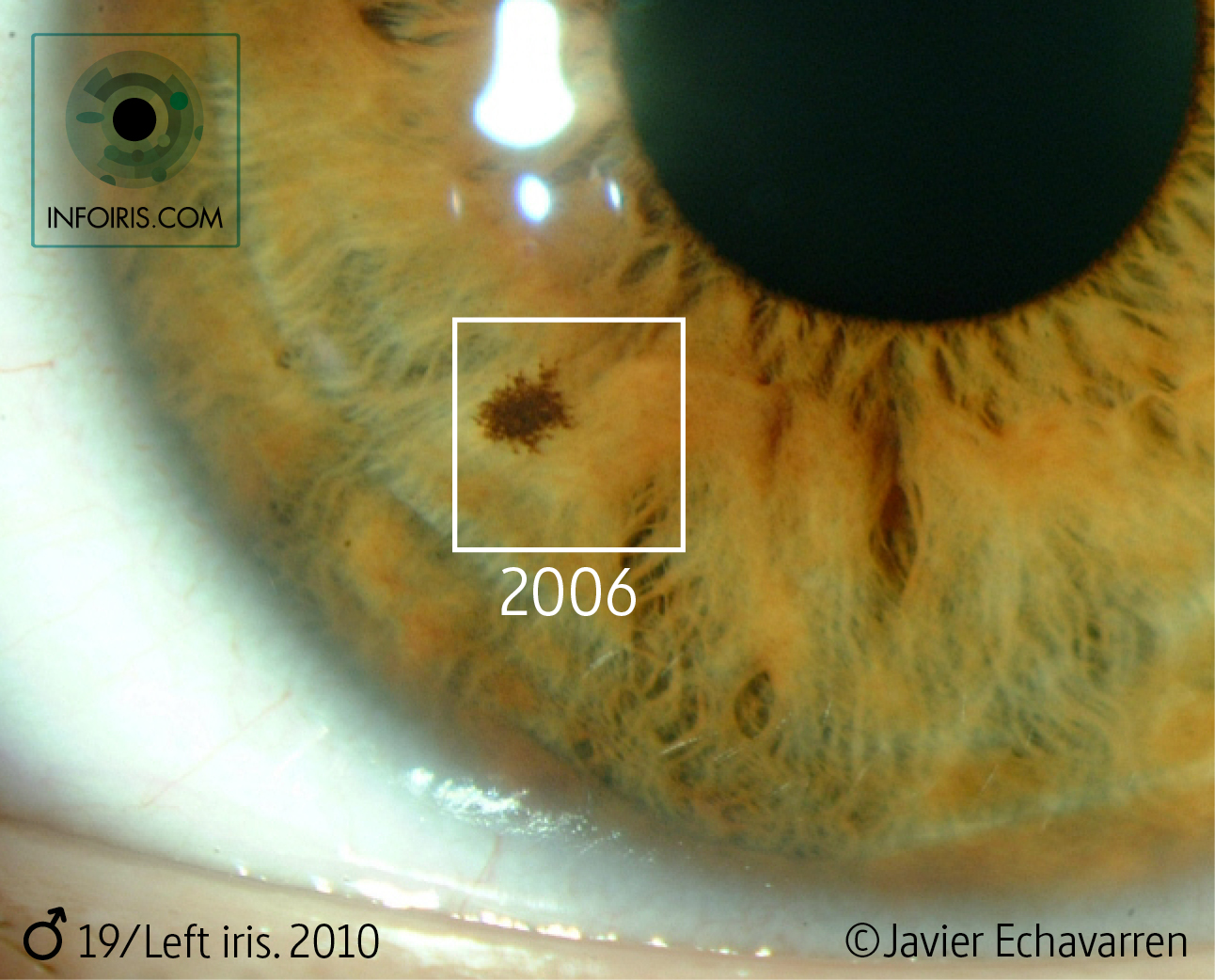 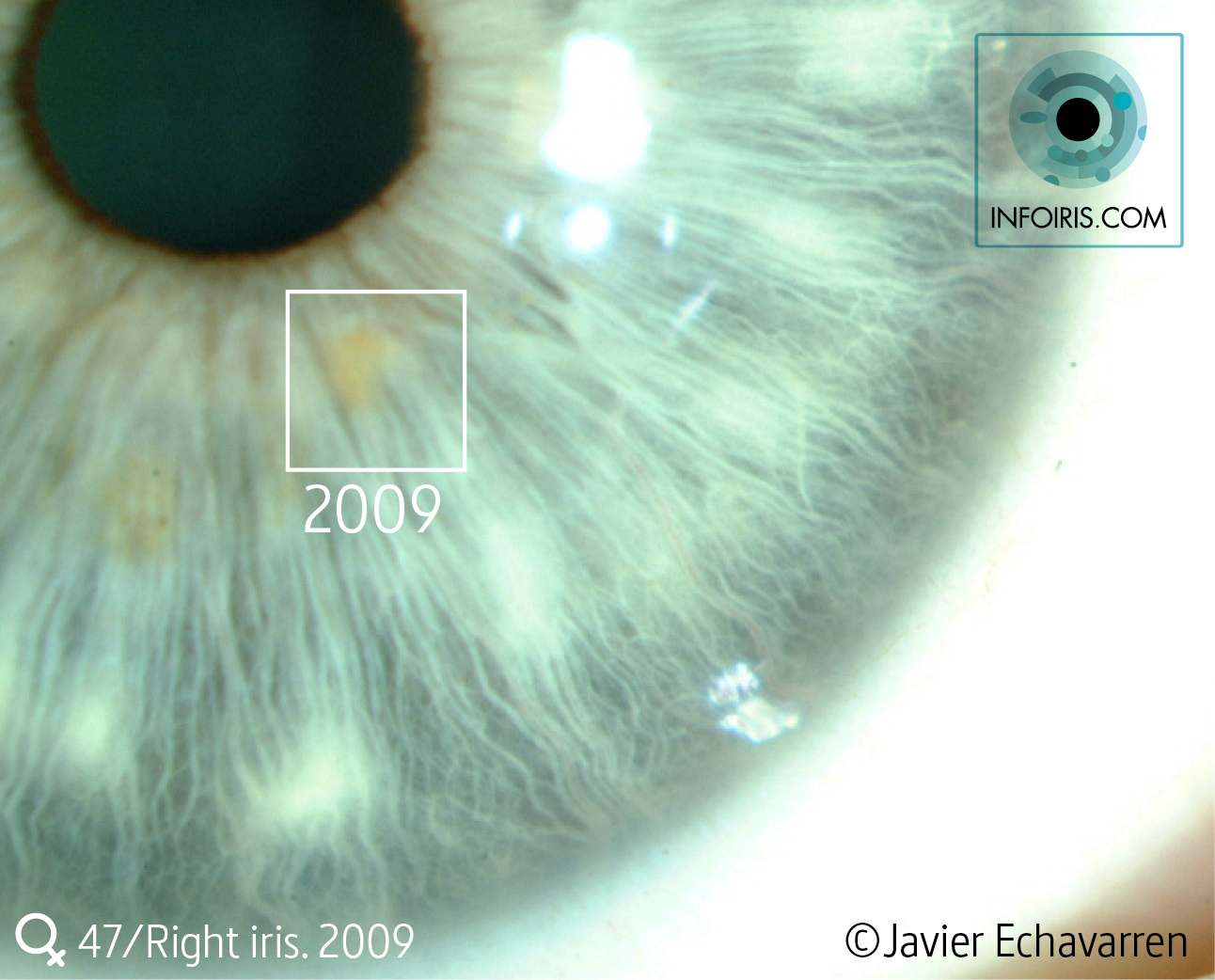 Soon this most developed article can be found in the study room in the “Study classroom” under the reference Premium Article 11: Iridian Family Tree no.1. (It will soon be active)